Recap from the 2017 Cisco-Polytechnique symposium: “The future of Infrastructures: Exceeding the Limits” 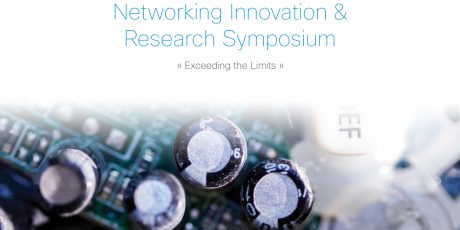 Nathalie has posted a nice narrative recap from the 2017 Cisco-Polytechnique symposium, over at the Cisco France blog, with detailed articles on the four major topics which were addressed and discussed:

She’s also posted some interesting, and thought-provoking, videos, including interviews with some of the key speakers from the symposium, including with Emmanuel Baccelli from INRIA on ICN for IoT, with Ben Goertzel from Novamente on how the whole network is becoming an AI, with Soren Kjellin from ChyronHego on the decicive turning point at which the broadcast industry finds itself, and finally with Marcus Keane from Microsoft, who calls out that rolling out IPv6 is the most important thing for companies to do, and do now!

Once again, thanks to all the wonderful speakers, session chairs, and participants, for making those two days in March two of the most (scientifically speaking) exciting days of the year!

Check out the Cisco-Polytechnique Symposium 2017 articles over on the Cisco France blog!!